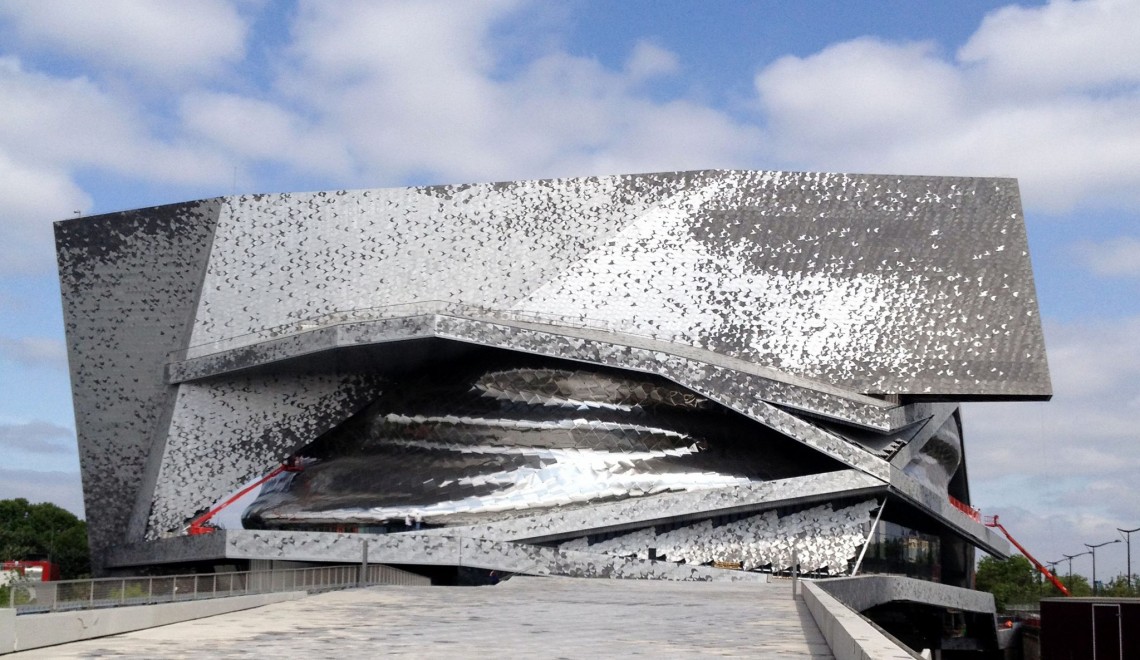 My good friend Senta came to Paris. She comes regularly from Munich to explore Paris with me, the surroundings and France. We have complementary knowledge about things: I take her to the places I love, she proposes places I never went before or we discover together exhibitions, new places, theater plays or concerts. She has an extensive musical and artistic culture by experience and education. We can speak for hours at a glass of lovely wine and we find every time more common interests. It is a real pity she lives so far from Paris !

This time we decided to go to listen to Brahms’ Ein Deutsches Requiem at the new Philharmonie de Paris 1, built by Jean Nouvel, the famous french architect.
We arrived from the opposite side of the Parc de la Villette and on the great square the strange building was shining in the blue light of the early evening. Walking on the long bridge like road, we took photos and tried to understand the exteriors. Honestly speaking we were not enchanted – we found the simple geometrical form with cutting edges with no grace. It is interrupted horizontaly in the middle by an undefined form, something between a metal snake and a folded aluminium foil.
For our photos we speculated several visual angles, but I’m not 100% sure I like the result even in photo. From the outside the building is certainly original, but with no elegance nor the beauty the great Nouvel used us. I understand why people gave it the nickname “the cow dung”.

On the big site of the Cité de la Musique there were already: an Auditorium, a concert hall called now Philharmonie 2 and a Music Conservatory. But there was a need for Paris, the City of Light, to propose optimal working conditions to the resident orchestras or to the invited guests. A big concert hall was missing and the acoustics of the smaller concert halls of the city were not good enough for the contemporary exigence.
The new building has on the lower ground a big exhibition hall where right now the public can see the very interesting “The Velvet Undergound” exhibition.
The 54 m high mineral building, covered in metallic leaves, has besides the two principal big spaces (concert hall and exhibition hall) an amphitheater, rehearsal rooms, a library, smaller exhibition rooms, a space for a music museum.
By the escalator in an open space we arrived at the second level where we entered the big entrance hall.
From there, by round corridors, we went in a beautiful big concert hall. Here the genius of Jean Nouvel invented a new model, an enveloping and flexible, modular concert hall. The orchestra is in the middle (there are never more than 32 m from the director to the last spectator). All around alveoli for the public (in all there are 2 400 places) give a real privacy to every one. Working with the great specialist in acoustics Sir Harold Marshall, Nouvel conceived a hall that marries architecture, acoustics and scenography, in a beautiful and very original way.

… and then the choir and the orchestra came in. The requiem began and we were immersed in a beautiful music for one and half hour. The Chambre Philharmonique just celebrated its 10th anniversary. Directed by the very gifted founder, Emmanuel Krivine, it collaborated with the chamber choir Les Eléments, a perfect braiding between instruments and voices. The soloists Rudolf Rosen and especially the soprano Camilla Tilling, a great young, Swedish singer, fitted in perfectly.
I was transported by the harmony of perfect music of orchestra and voices in a beautiful space, envelopped in a fantastic sound, and forgot everything else. I felt like in a meditation, in peace and happy.
In the blue night air, comming home we thought that evidently, this is the best symphonic sound Paris offers today.
I have to thank for it to Jean Nouvel, Sir Harold Marshall and last but not least my friend Senta. 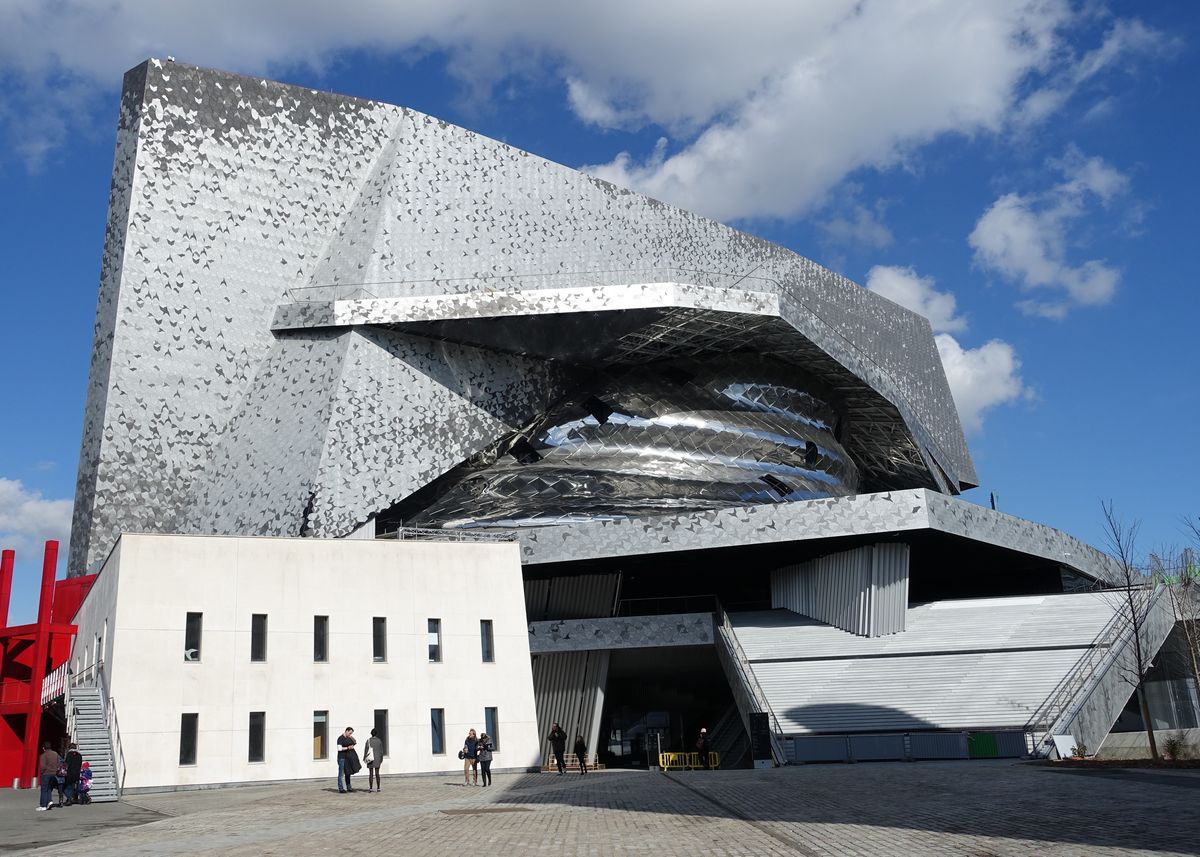 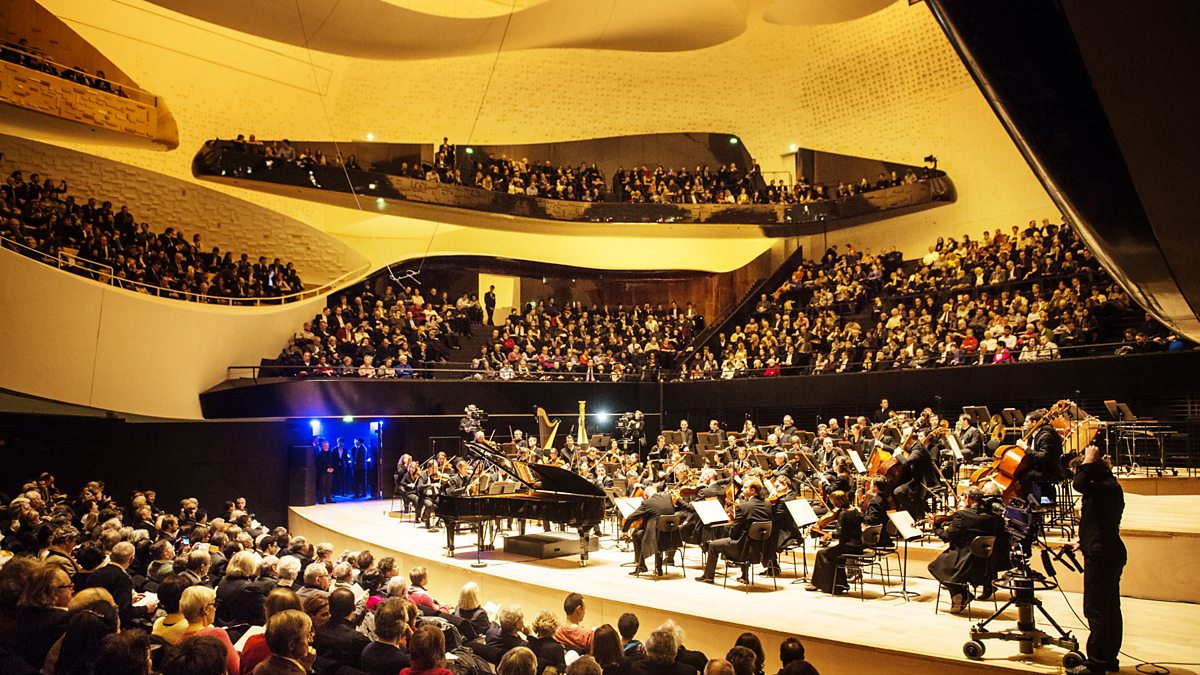 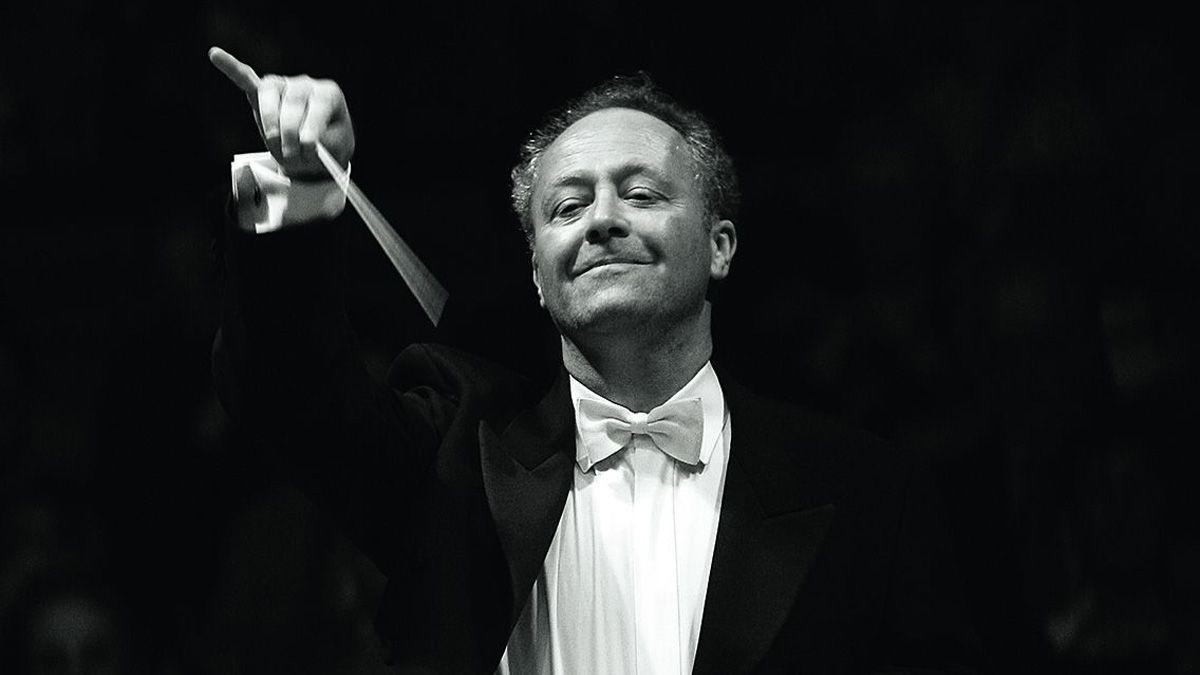 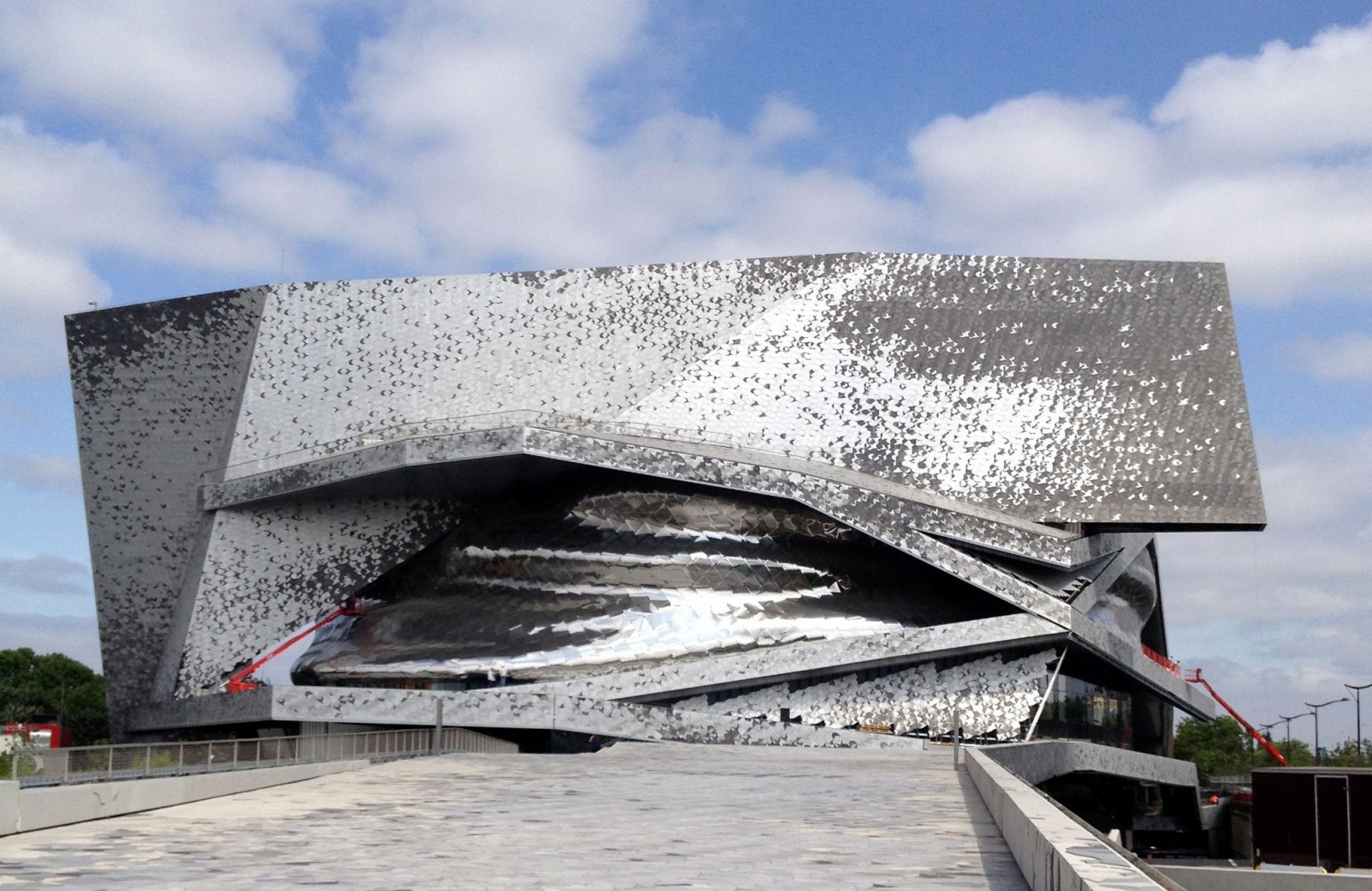 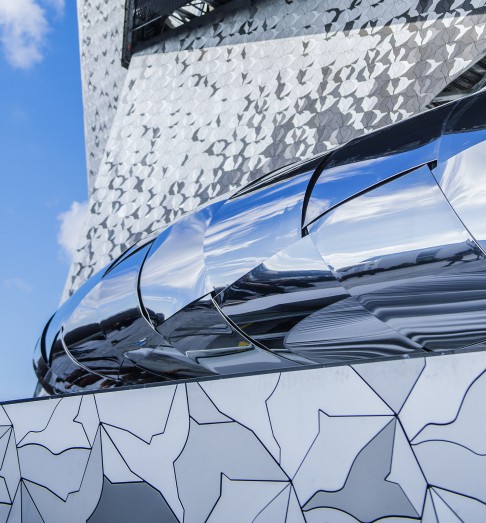 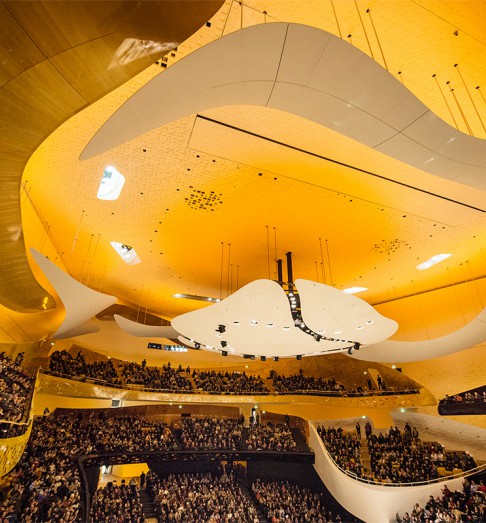 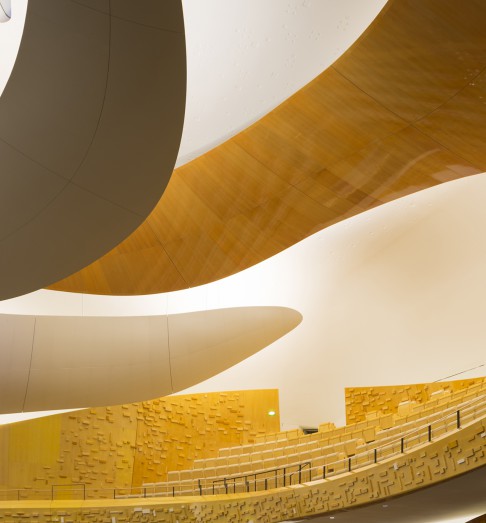 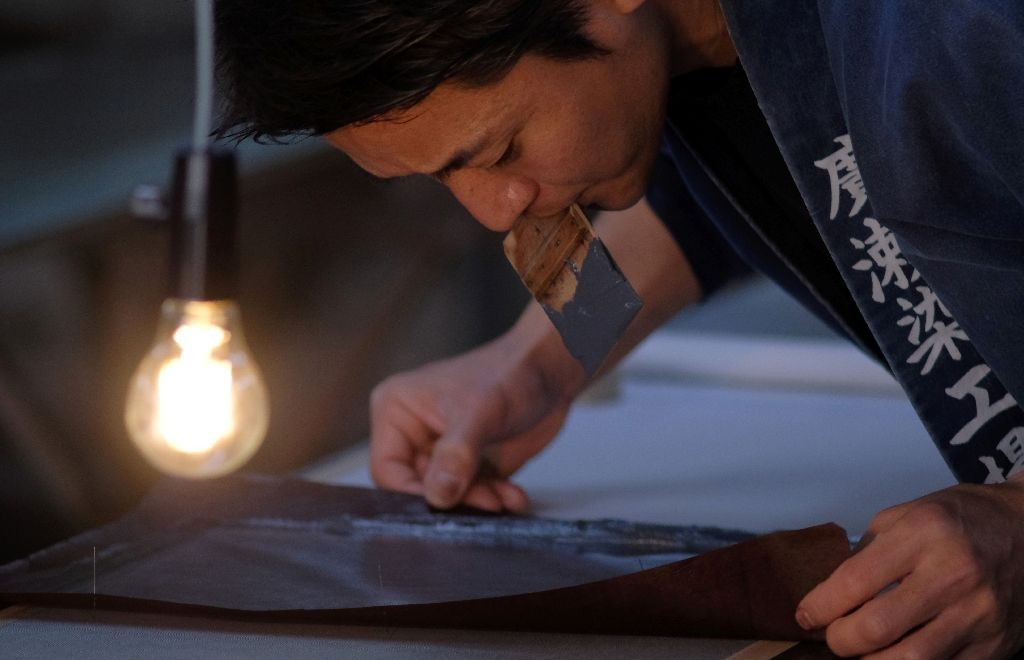 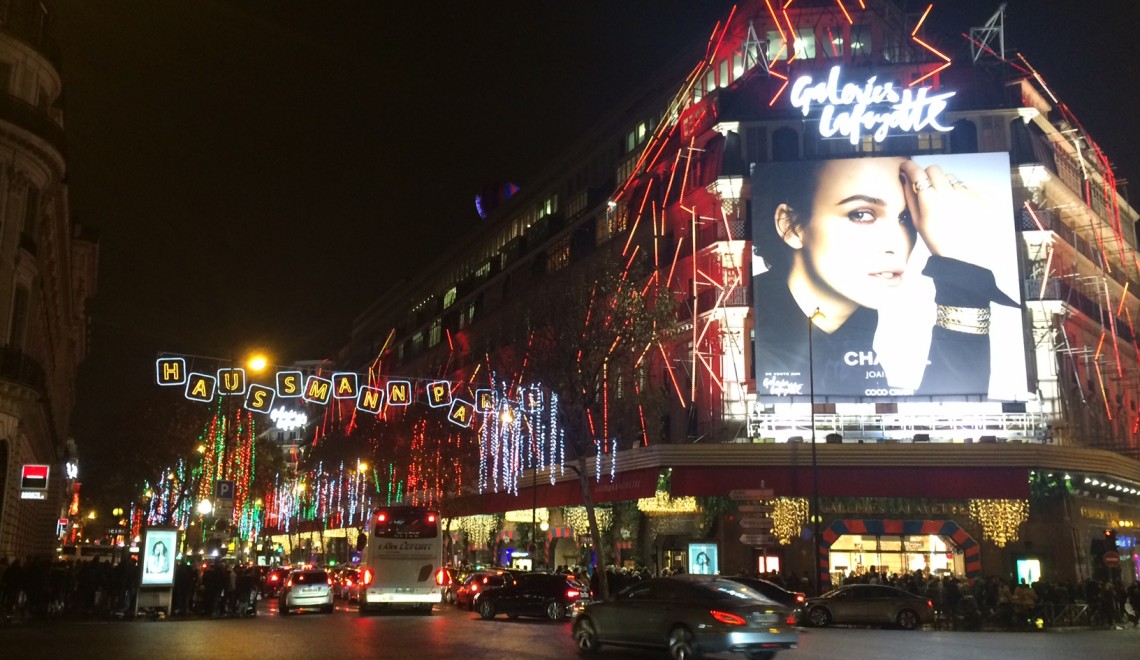 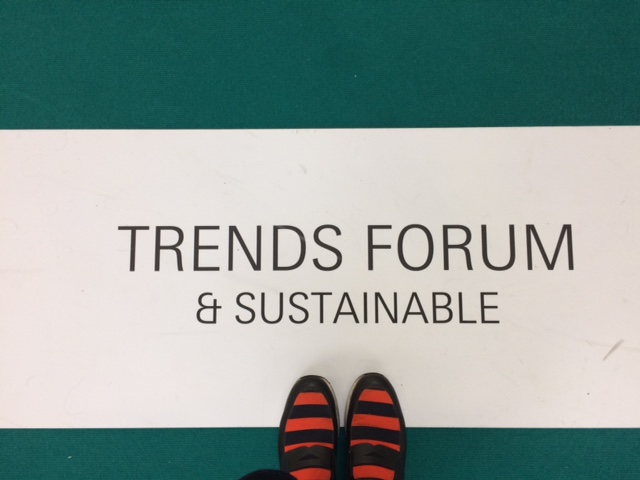