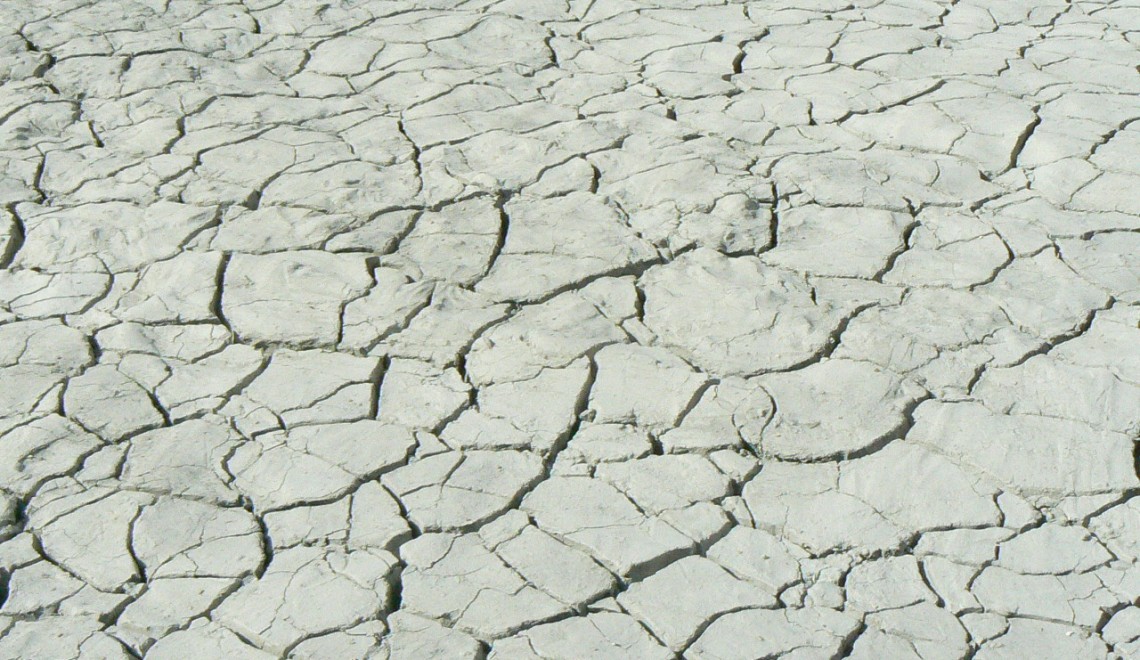 Last year inside and outside the castle of Versailles we admired Anish Kapoor’s sculptures and mirrors. We played with the images, with our image upside down or on an enourmous arch, seeing us large or thread thin. It was joyful and lovely, interesting and artistical, as Anish Kapoor used us in tens of years of classy work and research.
This year the exposing artist is Olafur Eliasson, a Danish-Icelandic artist, world known for sculptures and large-scale installation art. He uses light, water and air. His first work seen by me was in 2003 at Tate Modern, a strange simulation of Sun in the open space of the gallery’s Turbine Hall. It was a kind of playful metaphor, very big and somehow empty, called The Weather Project. In the huge space an artificial orange Sun hang and we, the spectators, could lie down and look at it from any angle, imagining we are on a beach, getting tanned. Hmmm, must admit that I was a bit disappointing (but maybe it was just the warm up, to make a silly joke).

I also saw, still in London, the Serpentine Gallery Pavilion in 2007. Designed with the Norwegian architect Kjetil Thorsen, it is a very special creation and I was delighted in the space and the playful lines, went up and down, and took photos with the optical game of lines and surfaces.
Other works were exposed in New York, Addis Abeba, Paris, itinerant around the world but I didn’t see them. I missed last year in Paris on Place du Panthéon Ice Watch Paris in December, when with the help of Minik Rosing, Eliasson brought 80 tons of Groenland glaciers (yes, 80 tons!!). Twelve blocs were disposed like a clock for the time of the COP21 – the United Nations Conference on Climate Change, taking place at Le Bourget, near Paris.
Now I went to see his eight works at Versailles, exposed this summer and until October inside the castle and outside in the park. Hmmm …and hmmm again.
From all eight works announced on the list it looked like he really worked only on four of them. The rest reminded me strangely of the children tale “The Emperor’s new clothes” – it seemed like a joke meant to fill the space.
I suppose Eliasson’s sense of humor is way above me, or it is a kind of neo-visual-poetry-meant-to-be-philosophy.
At the entrance in the château, in the Salon d’Hercule, the first “work” is called The curious museum – a mirror through a window where we see the visitors in that space. Obviously we are the curiosities. It made me smile.
Then came some better ideas – Your sense of unity – mirrors with neon light circles in the Galéries des Glaces, Deep mirror yellow/black in the Salon de l’Oeil de boeuf – an optical trick letting us see in the middle of a mirror an orange yellow cylinder with a black circle at its end, moving with your angle of view.
Interesting optical physics effects, perfectly realised by an obviously very professional team. 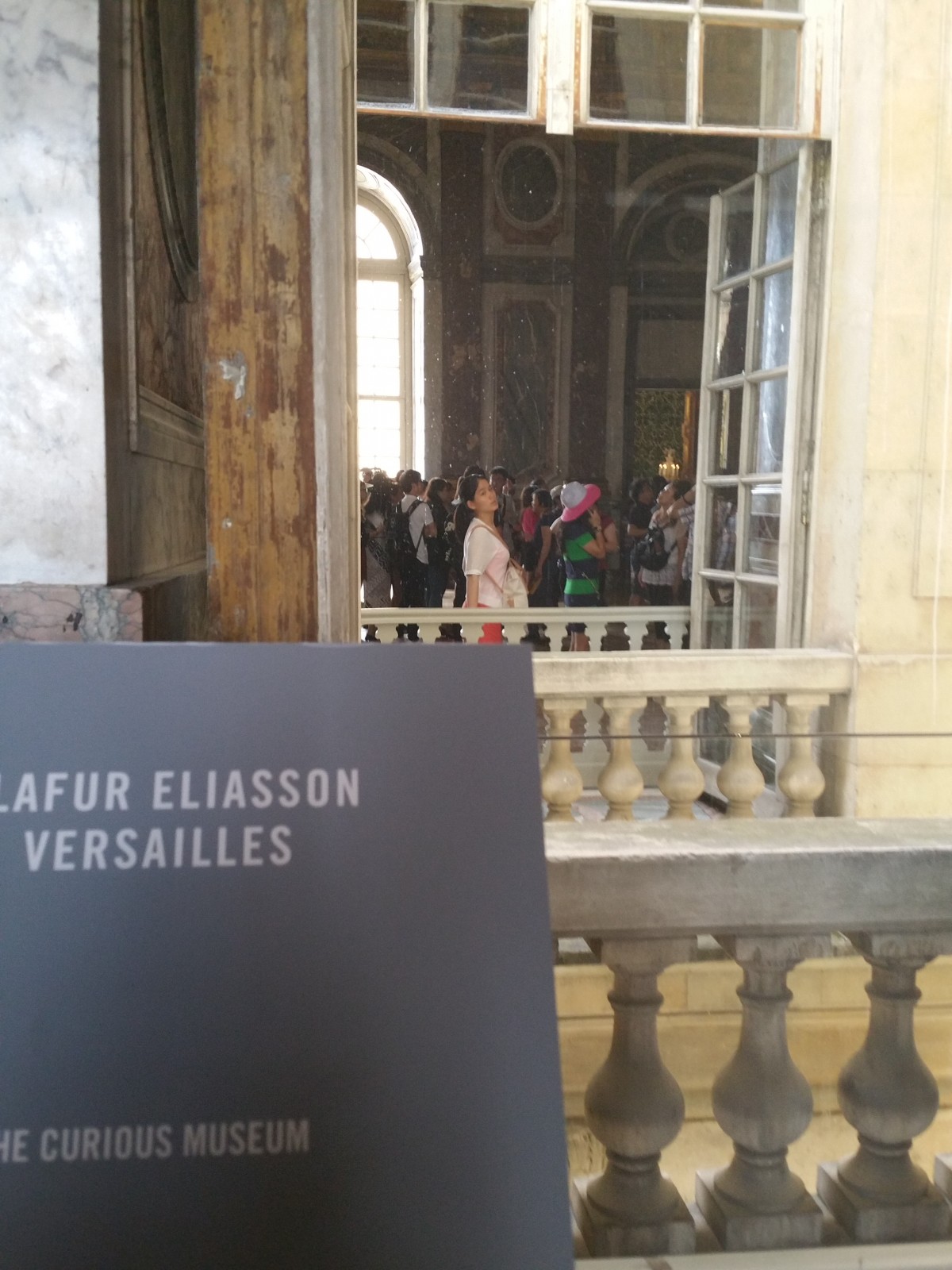 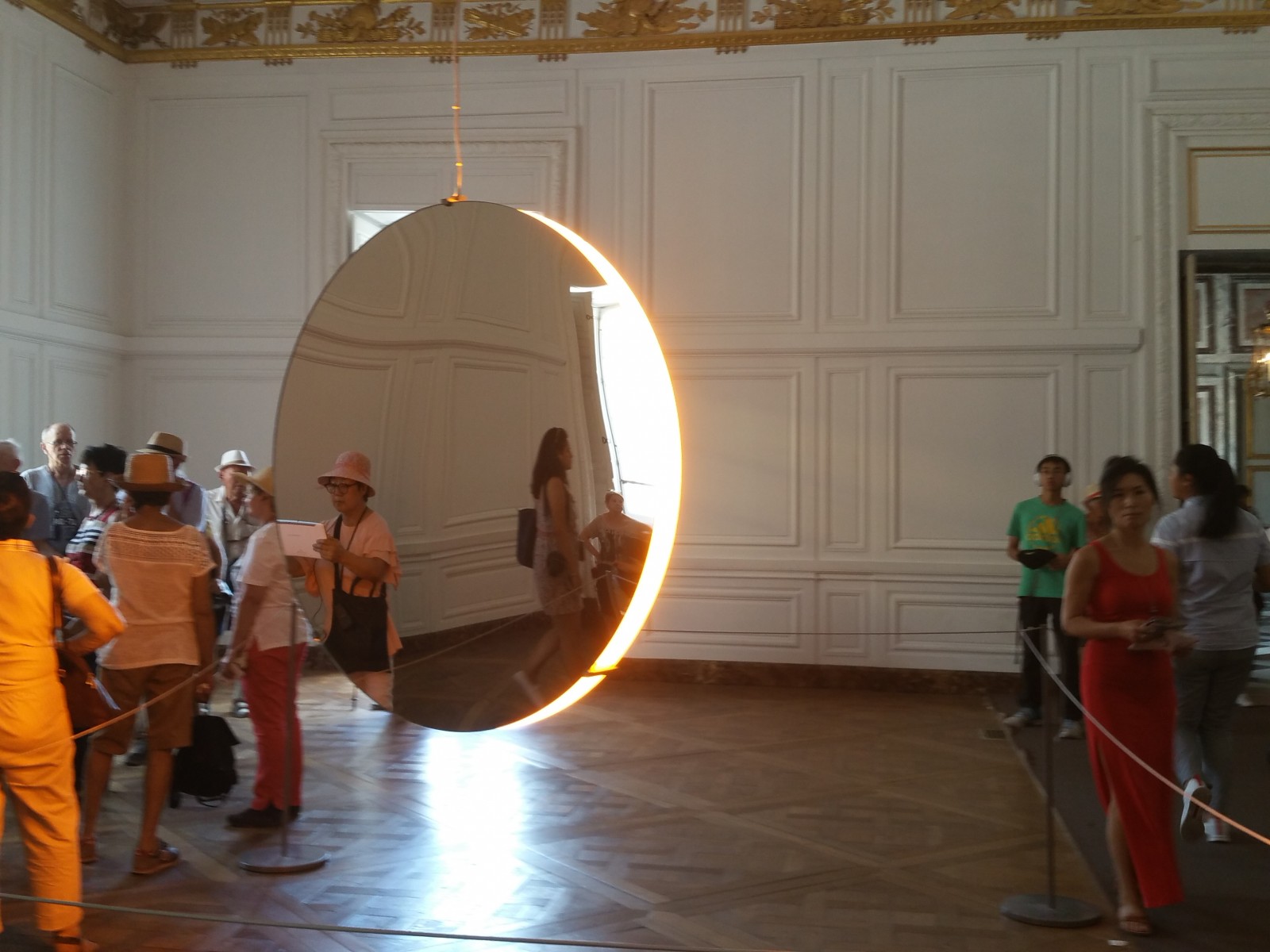 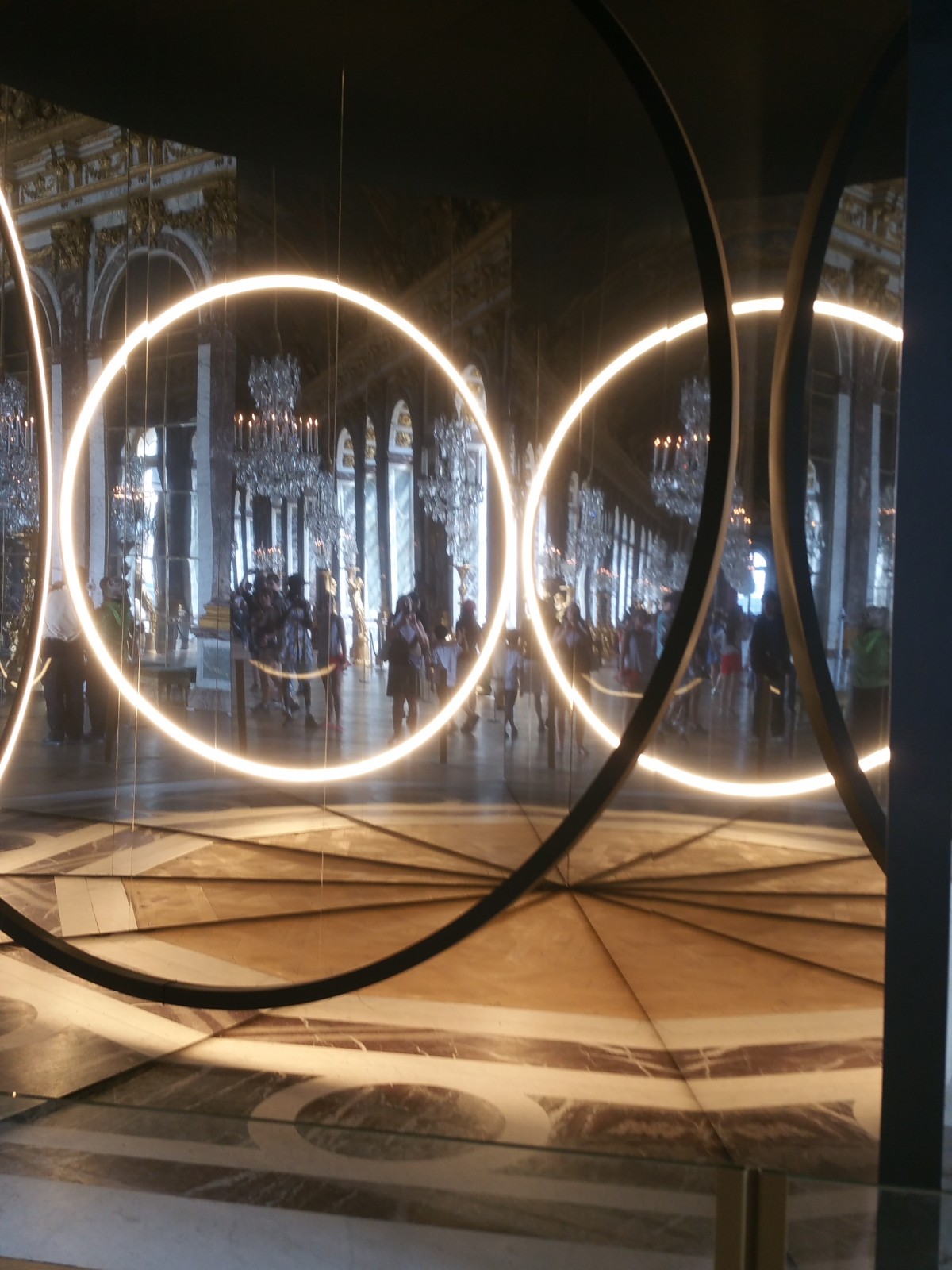 In the Salle des Gardes du Roi, from the ceiling hangs and slowly turns Solar compression – two flat circular mirrors bound by a 6 or 8 cm orange yellow zone. Hmmmm….
Then comes The Gaze of Versailles – just a tag with this title in front of one of the castle’s windows on earth ground, looking out. Here I certainly missed the joke and the creative part, as the window was always there. And I was not the only one disapointed.
After miles in the hot, big, dry park, looking for the place where the works of art were exposed, I came to the Fog Assembly in the Bosquet de l’Etoile: a very big circle of water pipes suspended at about 5m over ground. No fog. Not one single drop. I guess they must have ran out of fog or something like that. Or is it a new concept of dry fog ? Families came with their little children through the hot summer day to see something they didn’t see nor understand. Disappointment and contempt was written on their face and I will not reproduce the comments they made aloud. 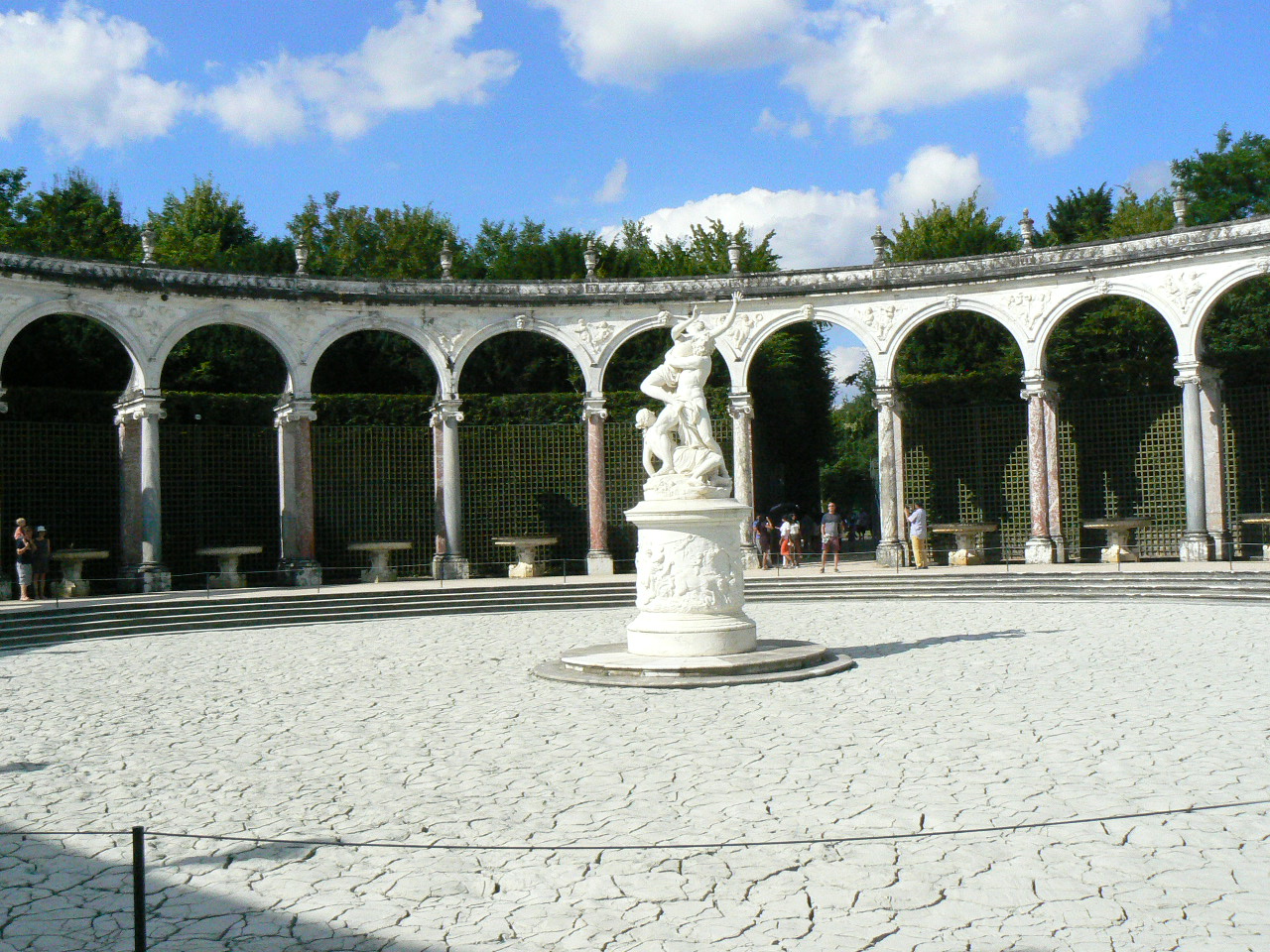 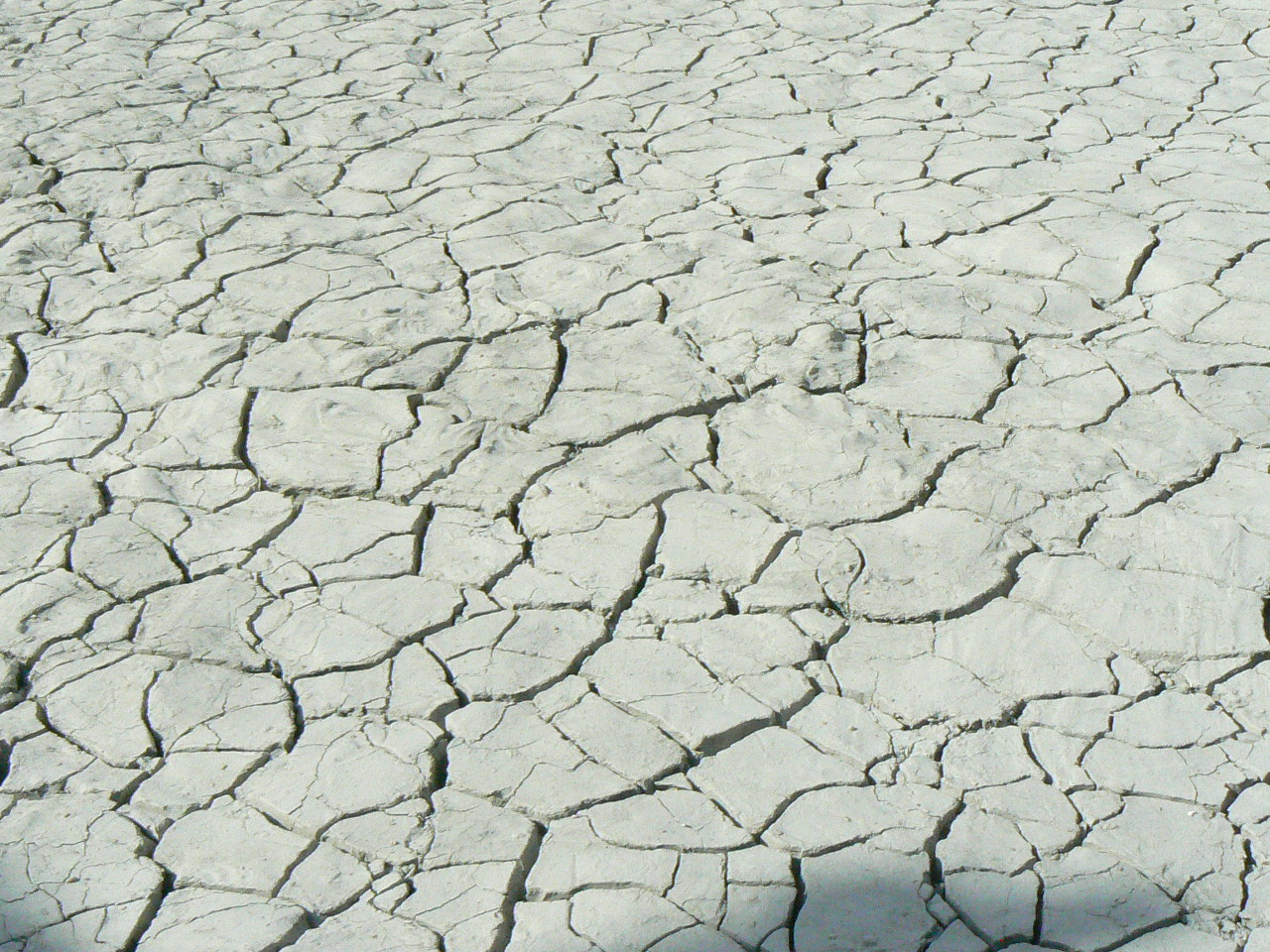 I went over the large alley to the other half of the park to find in the Bosquet de la Colonnade a tag saying I’m in front of Glacial Rock Flower Garden. But no rocks, no flowers nor ice. In the lovely bosquet with columns, statues and water fountains built for a king there is a big pool in the middle and a group of statuary. Eliasson’s “creation” meant that instead of having water in the pool, it was covered with dry, crackled clay. Fortunately a young guide was there to tell me (and the others) that THIS is the work of art!
Alfred Paquement, the curator of the exhibition, pretends Eliasson “devises apparatuses that engage the visitor in an active relationship”. If turning our back to them and speed to the exit is an “active relationship”, he is right.
Emptiness or sadness or more, it was so hot I couldn’t even think about how I felt.
But then … at the beginning of the Grand Canal there was this huge, beautiful waterfall. Waterfall. It’s hight is secret, but calculating after the photo it should cover between 45 and 50 m. Built with a crane, water pipes, pumps, the monumental waterfall is ART, talking about a beautiful world of water and light. People wandered fascinated next to it. Iwas mesmerized.
Maybe after Olafur Eliasson showed us the Emperor’s new clothes, he decided to give us a glimpse of real beauty. And the emptiness of the other “works” did stress even more the magnificence of the waterfall construction and it’s music and light. 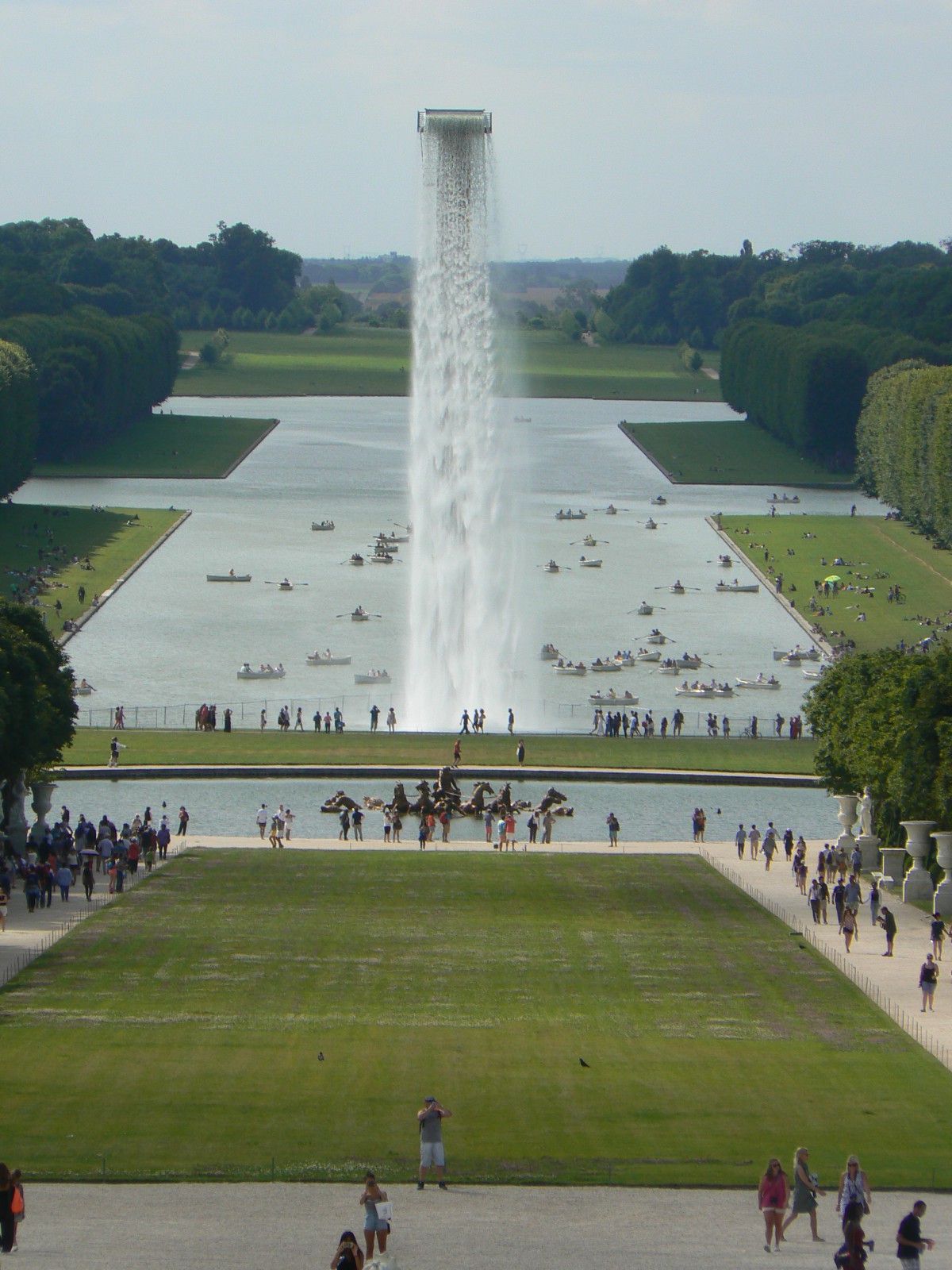 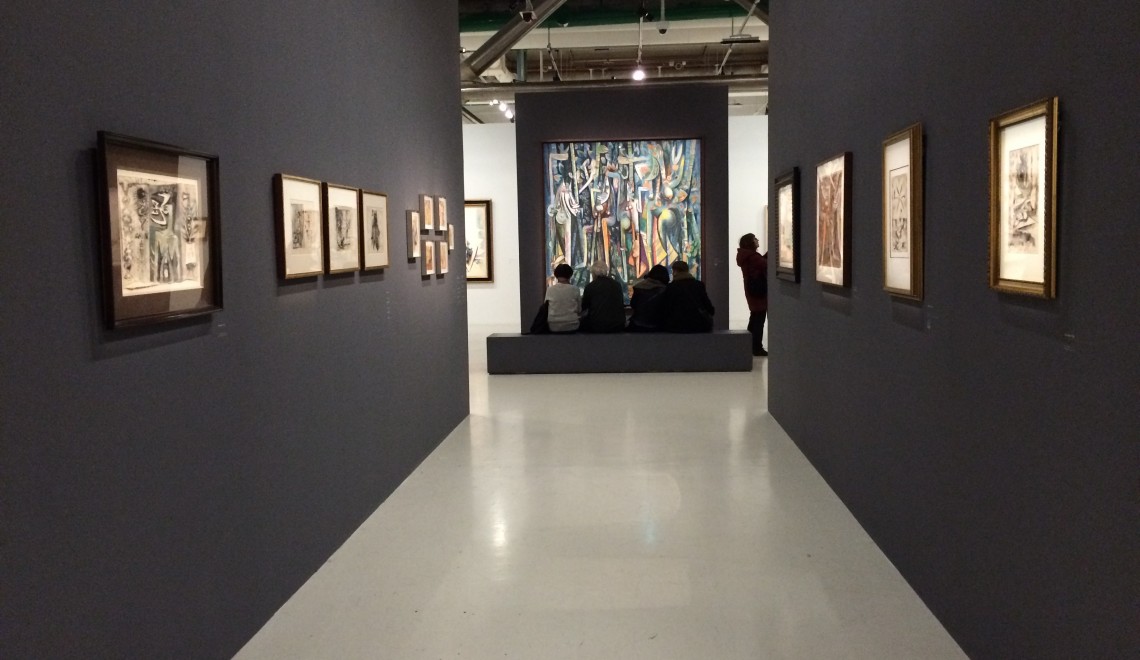 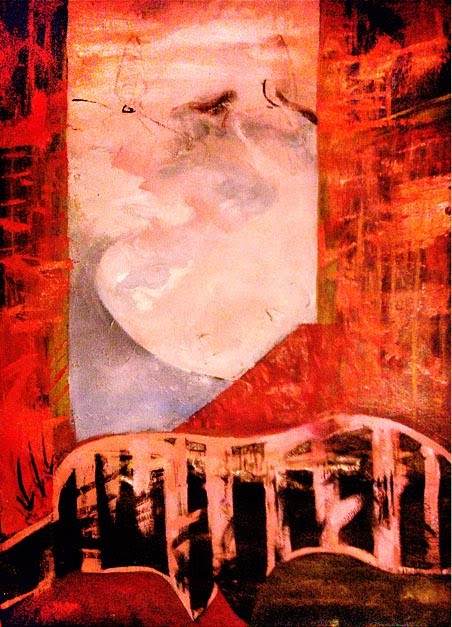