Marriage of Convenience, luxury and mass brands make us dream

“Guess Who’s Coming to H&M?” is the insidious question that pluggs in the most effective way the fashion victims from New York to Paris and keeps in apnea editors of the most serious fashion magazines for several weeks.

Famous for its avantgardiste advertising blows, Swedish giant H&M has always distinguished itself by a pioneering attitude and a marketing adapted to the countries in which he threw its lines. By using images of celebrity with a controversial status or actors of independent cinema, the Swedish chain makes sensation from 1994 to 2000 with Pamela Anderson, Naomi Campbell, Johnny Depp and Benicio Del Toro.

The brand then changed strategy and launched ideas that have afterwords been used by other brands and become “commercial brand philosophies”. It was their idea to create the same jacket for 6 years old children and adults, to match the child’s clothing to that of the parent, their models being Madonna and Jade Jagger. The luxury brand Burberry and high fashion french brand Comptoir des Cotonniers successfully used the idea, making the latter to become internationally recognised for the image of the chic duo mother – daughter.
From 2004 we get to more. And bigger.
The democratisation of luxury operated by the big fashion brands inspires H&M: Karl Lagerfeld creates a mini collection of 10 models from 34, 90 euros upwards. All the Kaiser’s whims are fulfilled: an eau de toilette “Liquid Karl” is created exclusively for the event and Karl makes the pictures of the advertising campaign with Erin Wasson, his fetish model at that time. The sober and elegant collection is quickly sold in the 28 stores in France. The most stiff financial press focuses on the phenomenon H&M. It is natural – we speak about a lot of money: the Swedish group is one of the most powerful in the fashion world, with its Spanish competitors Mango and Zara or the American GAP. It’s stable annual growth is of 10 – 15% under the current crisis.
Each has found its purpose: the Kaiser was amused as his creations were then sold on the status of collectible pieces on specialised sites, and H&M opened the way for partnerships with the luxury. It’s the beginning of loud fast fashion collaborations with luxury fragrance, in which the partners are considering the profit without a second thought to the consequences of this “marriage.
In 2005, follows Stella McCartney. Her romantic style and her commitment to the fight in the protection of animals brings a new dimension. H&M can communicate a fashion image and simultaneously engage itself in a noble cause – 25% of the sales of the collection Stella McCartney were donated to the association of animal protection supported by the stylist. The collection was sold out in a few hours.

The suedish brand’s “bridal couple” in winter 2006 are the nonconformists Viktor & Rolf. The twins confirm their avanguard style with the theme “Coup de foudre” for the required collection. “If haute couture is fashion at its most sublime form, H&M is fashion at its most democratic one.” Prices remain moderate from 49, 90 euros upwards.
In 2007, glam rock and Roberto Cavalli are the new trend. Fascinating stars like Beyonce, Jennifer Lopez and Victoria Beckham, he is the perfect choice for the H&M customer who now lives in the rhythm of “luxury designer infusions become available. ” The collection is bling bling and a new success, even if his animal prints are not unanimously appreciated.
From 2008 we move to two designer collections a year. During the summer the Finnish brand Marimekko, known for its strong, colorful prints, does for H&M 50 models of prints for apronlike dresses, pareo, swimwear and accessories.

In winter Comme des Garçons makes waves. Loyal to her unmistakable style, Japanese Rei Kawakubo creates an eclectic and deconstructed collection which, faithful to the tradition of the Swedish brand, is totally different from those of previous creators.

Summer 2009 – the Briton Matthew Williamson prepares H&M designer mini collection. The selection criteria are the same: a very personal style and an appreciated designer well known by the media.

Coincidence made I was in Paris when Williamson’s collection was launched – impossible to find a bikini only a few hours after the opening of the store. All disappeared as by magic. A friend who attends in a quasi religious way all H&M’s designers, stood with a patience worth the highest esteem in line since early morning. About two hours. She pointed proudly the pieces purchased with great physical effort (some bruises and heel hits from other “H&M presents designers » addicts, just as obstinate as her).

A few days later I went to New York. Surprise: Williamson’s collection was almost intact a week after launching. Nothing of the madness and greed in Paris, on the contrary! It is clear that on the other side of the Atlantic H&M has not the same response as in Europe, despite their extraordinary marketing.

For the winter 2009 – 2010 the trends focused on accessories. Obviously, H&M invites a star for a mini collection of shoes and clothing in leather : Jimmy Choo. The clients spend the night in front of the stores in Paris or came since 4 am for the opening at 10. The “first 160 customers” system is forgotten, the bodyguards let in small groups of 15 people that can stay in the designer space for exactly 15 minutes.

The media strikes do not stop at the brand collections. The opening in the middle of The Fashion Week in October 2010 of the new H&M Champs Elysées store, made on the project of Jean Nouvel, the well known architect who created the Dentsu Tower in Tokyo, the Guthrie Theater in Minneapolis or the recent Branly Museum in Paris among others, is another example.

These “marriages” successful and carefully planned between brands of high intake and luxury become rapidly a technique used by competitors.
Spanish Mango launches the Milla Jovovich collection – a mini collection of 25 models in summer 2007 who does not work as it should. Milla Jovovich is also the stylist of her own brand Jovovich-Hawk and has a strong fashion image, but her name is not enough to convince the customers. Mango is reorienting its policy towards their own values, addressing themselves to the Spanish sisters Penelope and Monica Cruz for a collection limited to 25 models, distributed only 400 of its shops.

Uniqlo, the Japanese leader of casual wear, has a marriage with Jil Sanders that lasts already since two years. The collection is called Uniqlo+J and I can say, after I tried it, it’s superb even if it is more expensive compared with H&M (a casual dress cost from $ 79.90 to 99, 90 euros).
Target gets “married” temporarily with Jean-Paul Gaultier and recently with Zac Posen for a mini collection summer 2010 for women. Plus several “engagements” with Alexander McQueen and Stella McCartney in 2009, and William Rast for winter 2010-2011 (designer for stars like Justin Timberlake).
TopShop 2007 collaborates with model Kate Moss. To take a distance H&M, it does not choose a designer. Kate has her own style, she is a fashion icon, she represents luxury and launches trends as soon as she sets a foot outdoors. The first collection is sold immediately, but soon her models are considered expensive and lacking originality (they say she lacks a constant interest for this collaboration). The cooperation is reduced from six mini collections per year to only two and obviously heading towards a “divorce”.

GAP flirted last year with Stella McCartney for Gap Kids and gets engaged with Valentino for the winter collection 2010 – 2011 with “basic luxury” products. GAP’s annual collaboration with the winners of three prize winning students of the CFDA / Vogue Fashion Fund, meant to encourage the American design, has launched in summer 2008on Doo.ri,Thakoon and Rodarte who have redesigned the basic white shirt. Since last summer the classic khaki trousers interpretations of other three winners (Alexander Wang, Vena Cava and Albertus Swanepoel) were sold in Paris in GAP Champs Elysees and the concept store Colette at a price of 39.90 euros. Gap design edition shoes collections benefit since six seasons of the stable “marriage” with French designer Pierre Hardy.
For the Christmas collection 2010 – 2011 H&M hires Alber Elbaz, the elegant designer of the house of Lanvin. The designer says “What intrigued me was less the idea that Lanvin becomes accessible, as the fact that H&M enters the luxury field.”

Skeptics say that things are blended. They see in the partnerships of the popular brands with luxury ones a way to create sensation. For people in fashion marketing it is a way to reach unexpected market niches, otherwise inaccessible.

Sure, some questions appear fully justified: do we face an excessive democratization of luxury? The notion of exclusivity becomes meaningless? Why do we pay for? For a luxury product or for a common one? Are we dealing with a fake luxury or with cheap items sold too expensive?
The fact is that the luxury industry comes out of the recession much more crumpled than the mass market brands. And perhaps this collaboration with the mass brands, beyond being an unusual challenge (and which, in some cases, is poorly digested by creative people), is an honorable and decent solution to ensure the survival of luxury brands who knew how to come out of conservatism and learn the lesson of flexibility, adaptation, dynamism. 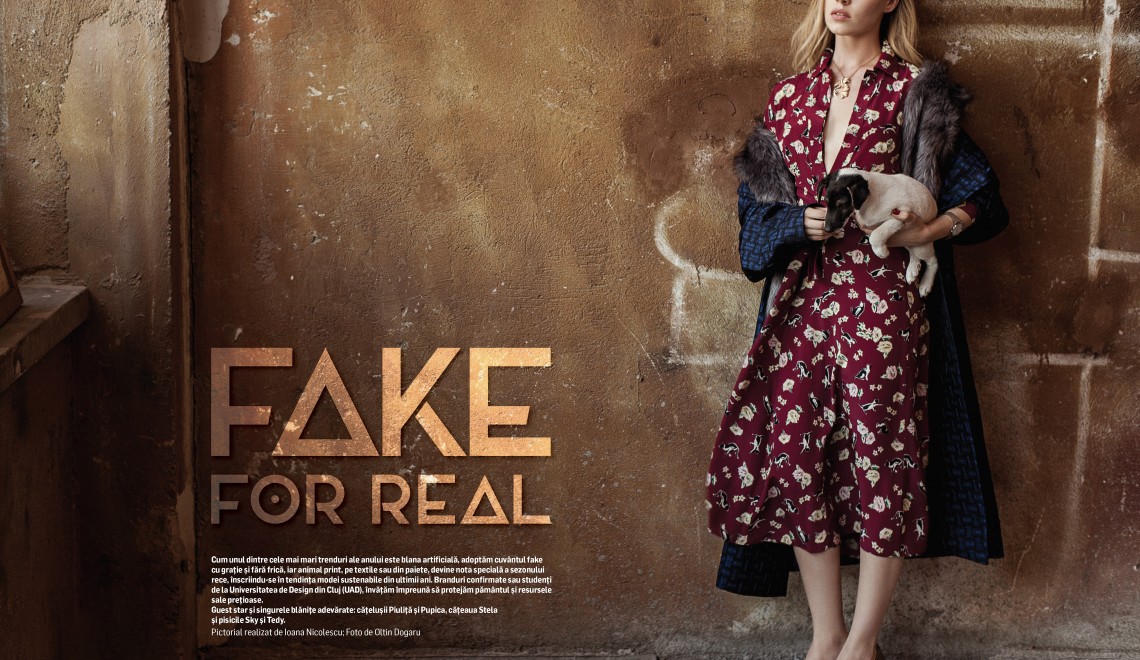 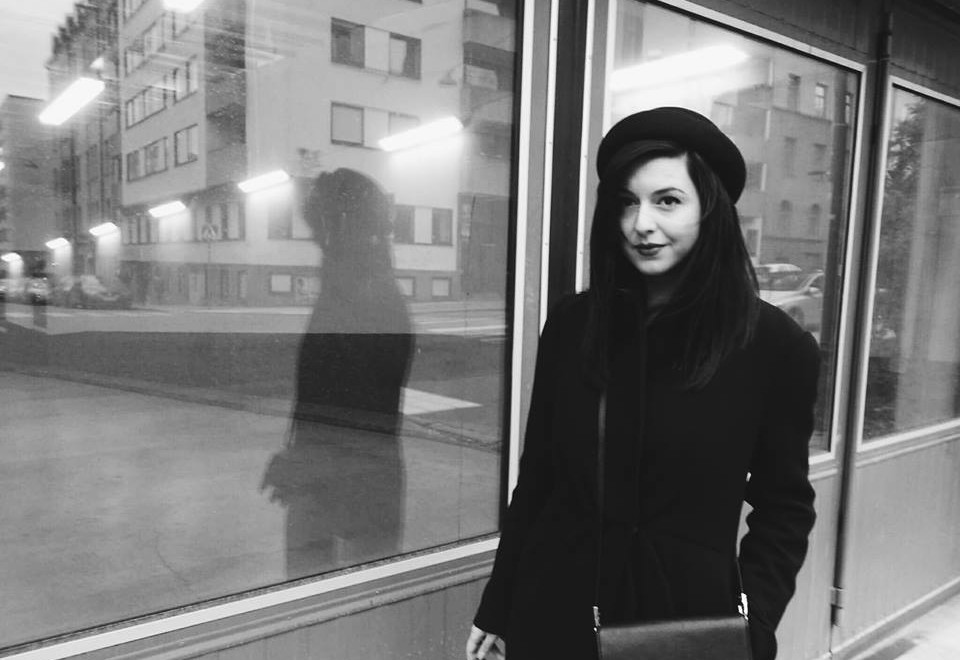 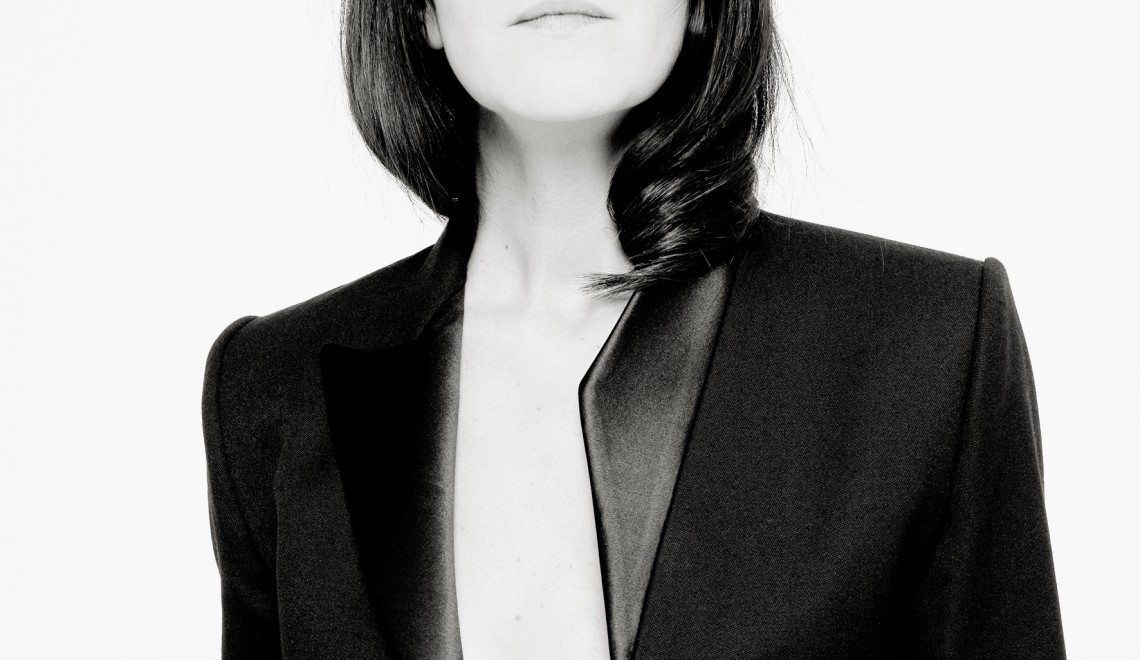